The Gardens of the Villa

WATCH THE VIDEO OF CHIGI GARDENS

The suburban villa of the Sienese banker Agostino Chigi, called the “Magnificent” (1466-1520), a typical example of a Renaissance man, reflects the taste and culture of the owner who wished to build his home in a rural setting, away from the uproar of the town. Indeed, in the 16th century, the villa was surrounded by a wonderful viridarium whose arrangement harmoniously matched the architectural shape of the villa with the two projecting wings of the facade and with the merry floral decorations of the Loggia of Cupid and Psyche, by Giovanni da Udine. The stunning depiction of plants from the New World, such as corn, zucchini, various pumpkin species (the cucurbita pepo and the cucurbita moschata), the common bean, medicinal plants, fruit trees, but also ornamental and exotic species were painted with the aim of arousing the astonished admiration of the visitor and to impress guests, like dignitaries of the papal court and even the Pope himself, with the magnificence and sophistication of the owner, Agostino Chigi.
Today, only a small strip of the northern area of the garden is left, while the back of the Villa (on the South side, where is the present-day entrance) opens onto the “secret garden”, designed after the 15th-century model of the hortus conclusus and separated from the main “reception gardens” by a tall hedge. This latter extends southwards up to a stretch of the Aurelian Walls, which is part of the scarce remains of the city walls that once ran along the right bank of the Tiber and whose side facing the river was lost in the late 19th-century refurbishment. After accurate restoration, some trees, like pine and cypress trees, have been replanted according to the original 19th/20th-century arrangement. This is the case also with the little wood of laurel trees, which represents, perhaps, the garden’s earliest example of such kind of plants. Useful and ornamentals species (roses, quinces, medlars, the Acacia Farnesiana and the Acacia of Constantinople, ornamental citrus trees, cherry trees, oaks, ancient camellias), some shrub species mentioned in archival documents (as the Myrtus communis, the Cornus mas, the Berberis) and herbaceous perennial plants, as well as bulb plants like old varieties of Viola odorata (sweet violet), Lilium, Hyacinthus and Iris line up in a varied and colourful array along the ancient Farnese wall.
A small collection of archaeological finds (sarcophagi, capitals and statues used as decorative elements) helps recollect the original opulence of a surprising environment permeated with ancient charm, in the very heart of Trastevere. 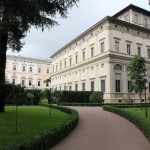 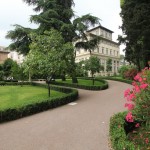 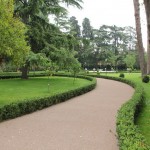 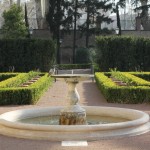 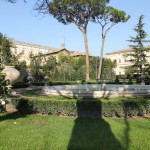 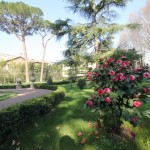 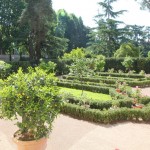 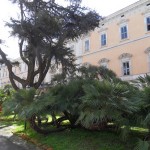 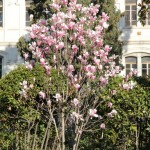 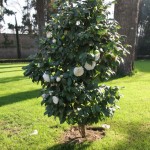 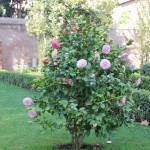 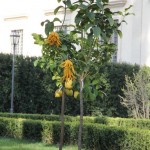 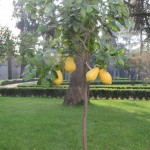 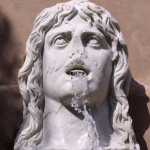 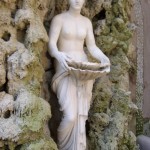 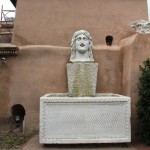 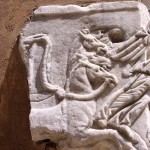 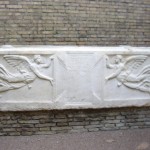 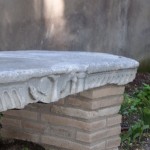 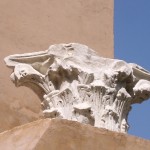 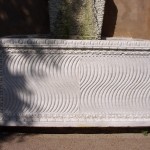 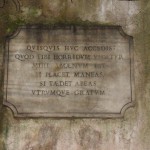 The remains of the stables of Agostino Chigi

Around 1511-1512 Julius II and Bramante opened the stretch of Via Lungara north of the Villa Farnesina, renewing it with sumptuous palaces to make it as beautiful as Via Giulia. The new road started from a plot of land that Agostino Chigi had purchased in 1510, thus he promised the pope to have the villa’s stables built there. Chigi appointed with the design Raphael who, so far, had not yet proved himself as an architect. The stables, arranged into three naves with a stairway at the back, are known to us only from the drawings. The Doric-styled ground floor was topped by a Corinthian main floor with balconied windows and a garret. Only the pedestalled plinths, the bases of the double pilasters and the lower part of a blind arcade, behind which the stables were placed, are surviving.