This room corresponds to the space underlying the first flight of the grand staircase.
Its decorations are inspired by ancient models, for it is called “Pompeian Hall” and it dates back to the restorations of 1861-63 by the Duke of Ripalta, Salvador Bermúdez de Castro. From this hall, due to recent restorations, it is possible to enter the south-western area of the Villa ground floor, which belonged to Agostino Chigi’s private space.
In 16th century, the Pompeian Hall was the landing for the connecting flight with the basement-placed kitchens, but in the 19th, Salvador Bermúdez de Castro converted it as hallway by removing the stair to the kitchens and building the current eastern wall.
In the 1930s, this area hosted the offices of the President and the General Secretary of the Royal Italian Academy, whilst in the current “Pompeian Hall” was located the President Guglielmo Marconi’s toilet. 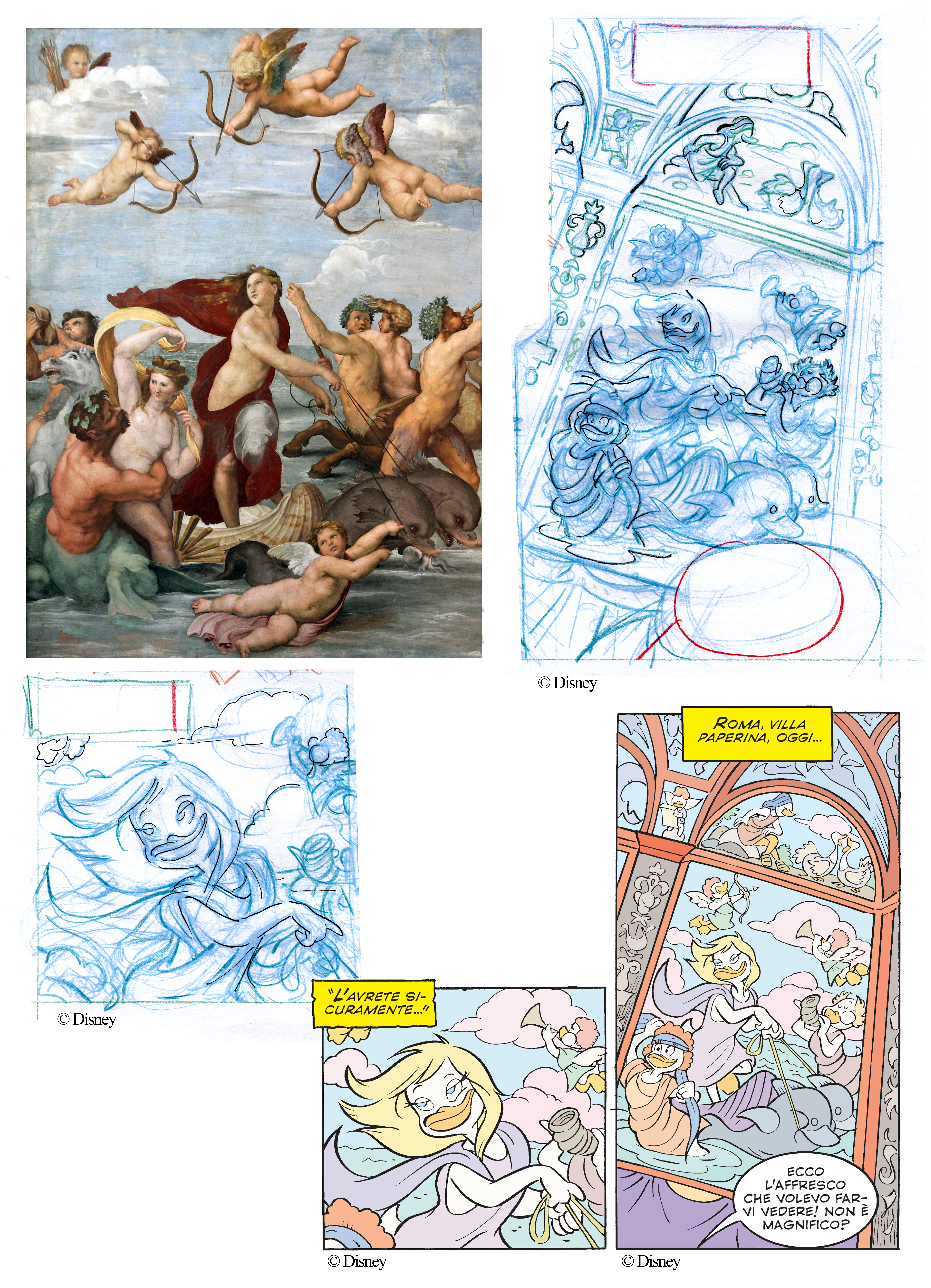 AT VILLA FARNESINA A MONA LISA FOR THE BANKER